College Board is Deliberately Misleading the Public with National Percentiles –

So why does College Board publish National Percentiles with its PSATs? It’s obvious -- the ACT surpassed College Board with the number of students taking its test in 2012. College Board is in the business of selling SATs!

If you believe that your percentiles are much higher on the PSAT than on a mock ACT you’ve taken, you’ll be duped into believing that the New SAT is a better test for you. Think again when you look carefully through these percentiles.

The type of comparison that you are really looking to do before you decide on one test or another is below.

Note this high-scoring student had a 97th percentile (National percentile) for her overall PSAT. One may falsely believe that this is equivalent to a 31.5 Composite on the ACT.

That false comparison is exactly why it is so important to go to the College Board documents and look up User Percentiles. One can even go back to concordance tables for the 2014 "old" PSAT reporting to look at equivalent percentiles. User percentiles and concorded percentiles are the best way to compare to the ACT because the percentile definitions are based on the same total population of students taking the actual tests. Note that the high-scoring student below is now similar to a 29.5 total score. Her Verbal scores, though, are really in the 78th to 84th percentiles. That's similar to a 26 on ACT Reading and 26.5 on ACT English. These are quite different from the immediate false assumption that the student's score is similar to a 31 to 32 ACT score.

Make sure that you are working with an informed test prep provider and that you do your homework! 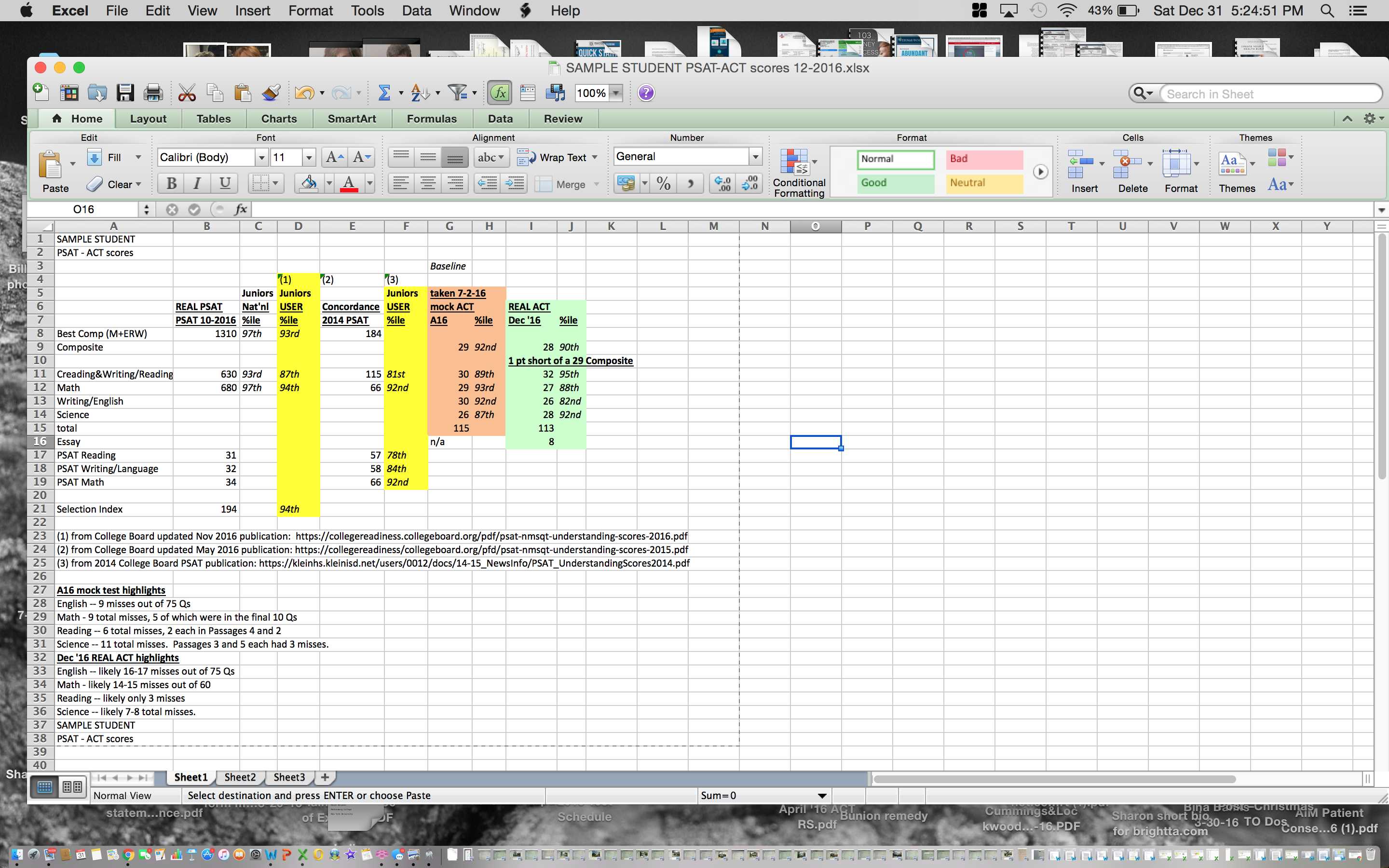